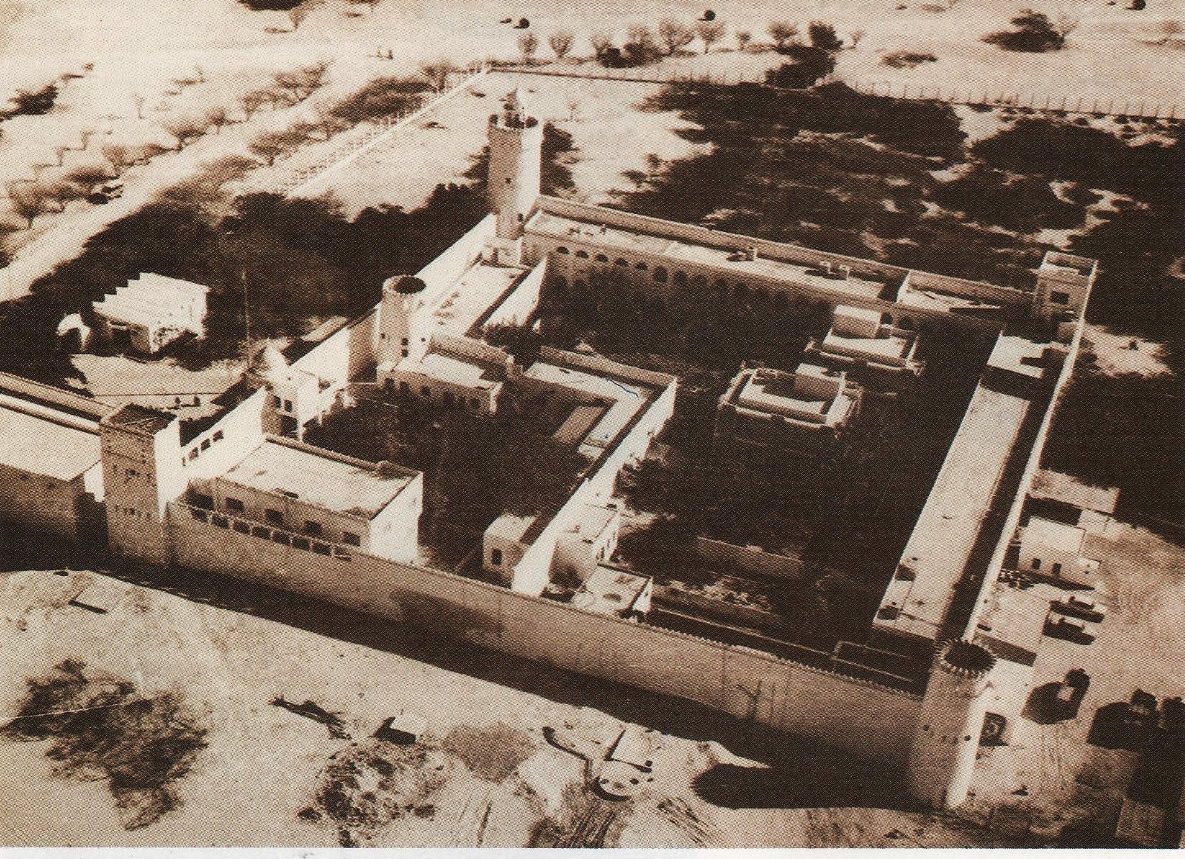 An aerial photograph of Qasr Al Hosn in Abu Dhabi in the 1960s, at a time when Abu Dhabi was taking the first steps to modernization. 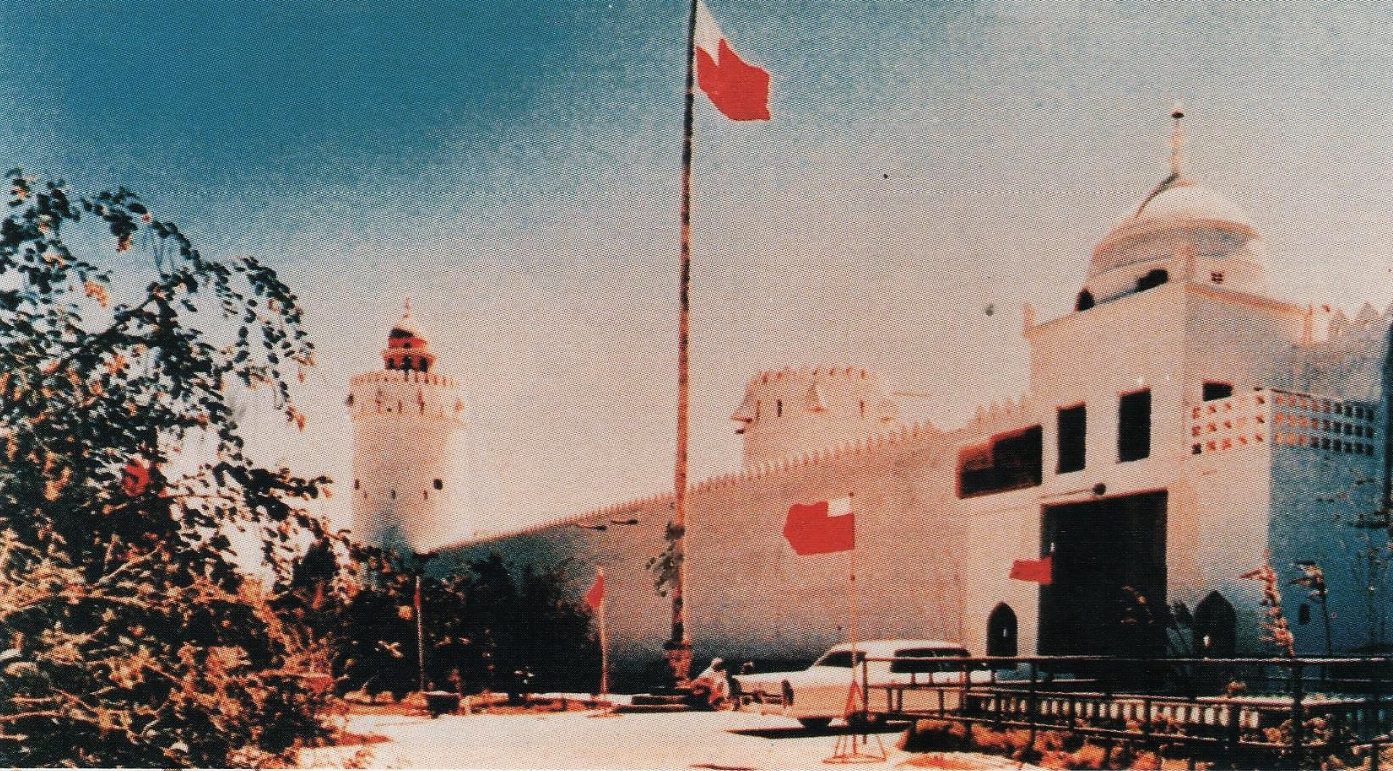 A photograph of Qasr dates back to the 1960s, the flagpole of Abu Dhabi flag stands at the front of its main gate.. 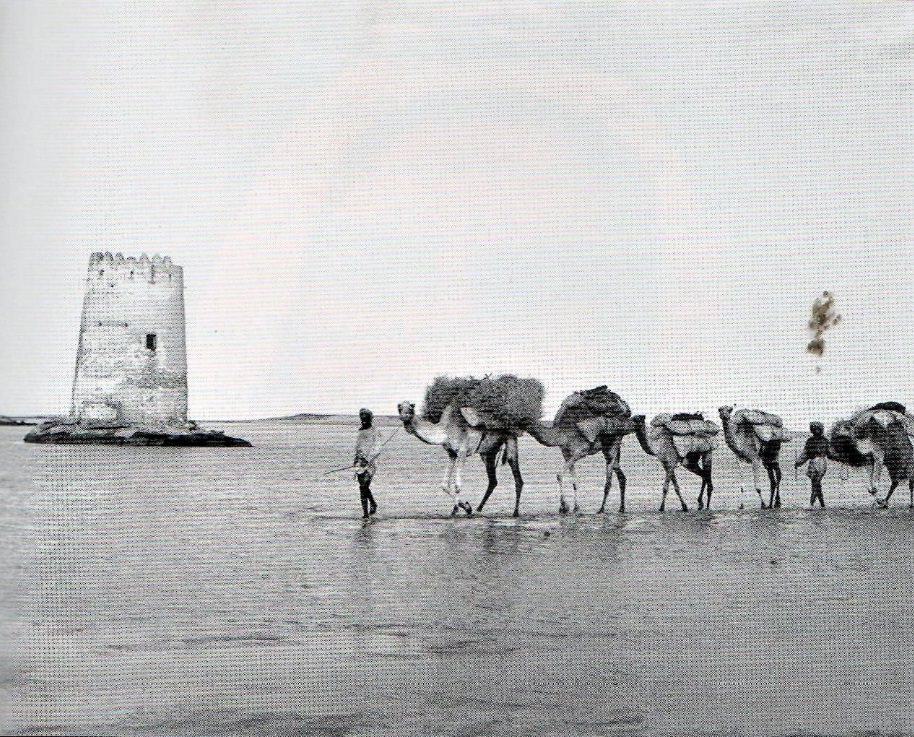 A convoy passes through the shallow waters during low tide in front of Al Maqta Tower, which is one of the ancient historical towers that were constructed for observation at the entrance to Abu Dhabi. 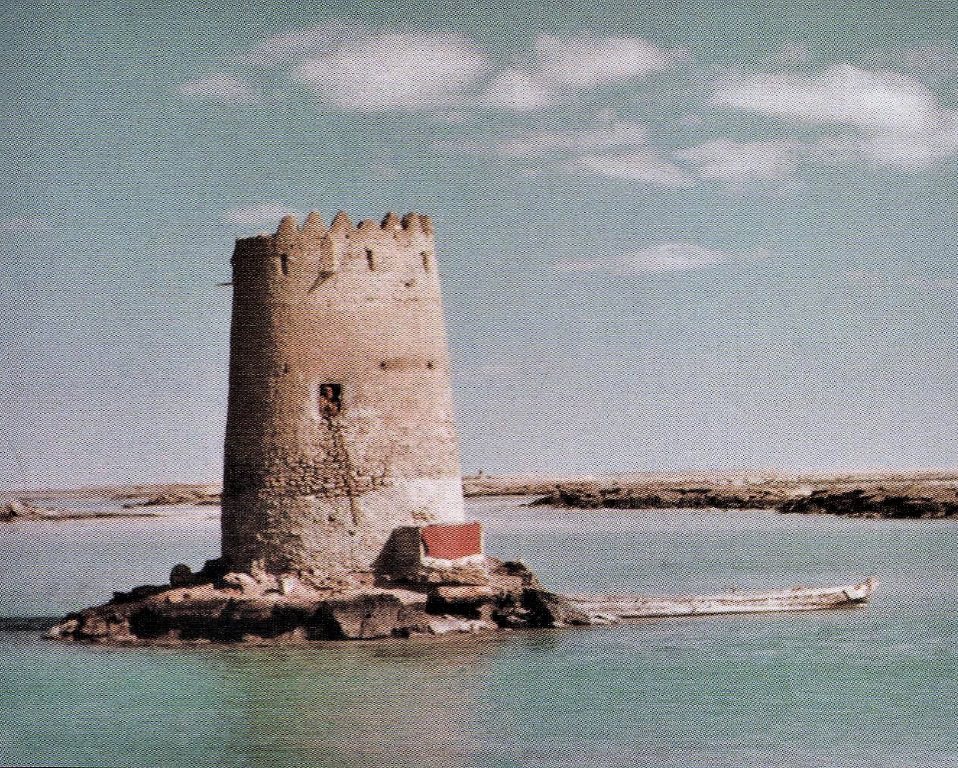 A photograph of Al Maqta Tower which was built in 1793; its location between Abu Dhabi Island and the desert areas served as a suitable point for guarding and reconnaissance to avoid sudden raids. 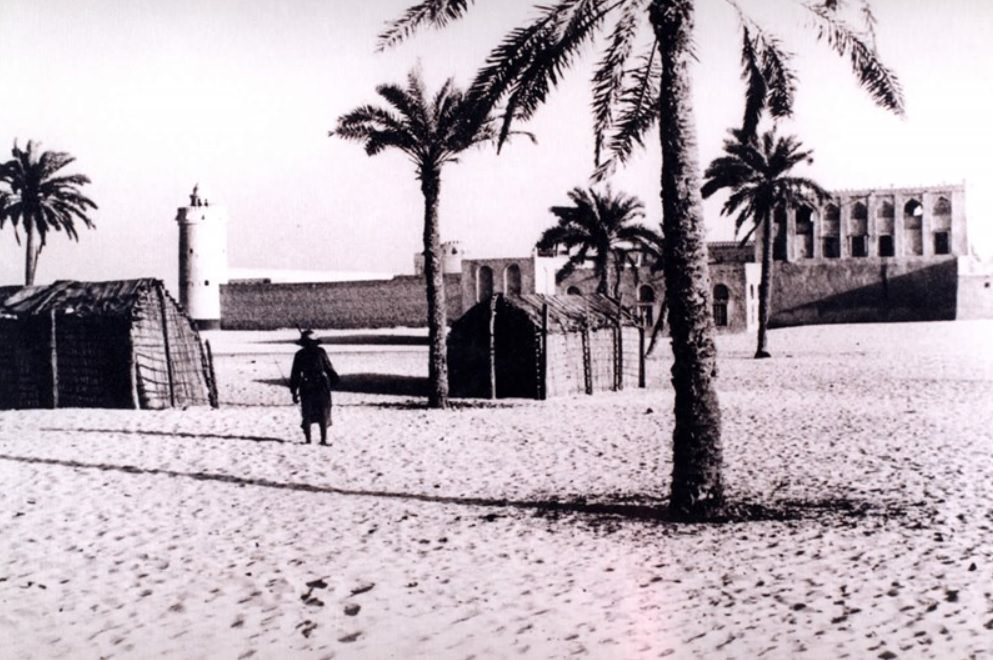 5. A photograph of unknown date of Qasr Al Hosn in Abu Dhabi, where palm trees are surrounding its walls.
.