Telephony, that was once a luxury in our societies, is now a necessity, a means available with the best and the most modern features. In the past, phones were a wonder and were only owned by the rich, but now people with low income are keener to possess a lot of communication equipment.

I tried to remember the number of houses whose owners had a telephone in the neighborhood in which I grew up, but I did not find a house whose owners bought a device at that stage. This fact was further established to me while I was flipping the pages of the first telephone directory issued in Dubai that was reprinted by the Information Center for Studies and Research at the Al-Bayan Institute. This directory was published on 1 January 1961, as it appears on the cover of the copy found in the documents of the late Nasser bin Abdullatif Alserkal.

In a handwritten memo on an original copy of the book, Nasser Al Serkal recounts the story behind Dubai’s first Telephone Center which started operations in July 1960, then the first Dubai phone book was made available in January 1961.

The directory’s first pages contained the ”General Information”, which are interesting to read and I would extract some of the information that may seem strange today:

“The Dubai Telephone System is fully automatic, all calls being connected without the employment of an operator, and therefore private and confidential,” the book boasts.

”How do you get a phone? Submit a written request to the Director General of DSTCL, who will meet the request immediately”

”Hardware transfer works: repairs or renovations: all these works are only carried out by the staff of the DSTCL; unauthorized persons are not allowed to interfere in any way with the telephone assets. Tools that are not authorized by the company shall not be used. Any employee of the company shall not be entitled to request or accept any money or gifts in return for any service provided by him in respect of telephone, transfer, maintenance or care. Subscribers are kindly requested to inform the Telephone Service of any such occurrences.”

Instructions for the use of the automatic device:

How to make a phone call:

”1) Say, for example, that you want to call the number (3276). Lift the headset carefully so that there is no concussion in the base and put it close to your ear to hear continuous low tone. 2) When you hear this tone just start rotating the disc by inserting the tip of your finger into the hole opposite the number 3. 3) Repeat this process with numbers 2, 7, and 6 sequentially in the same way”. 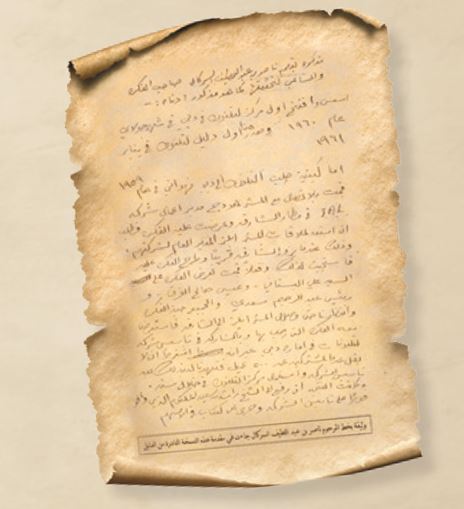 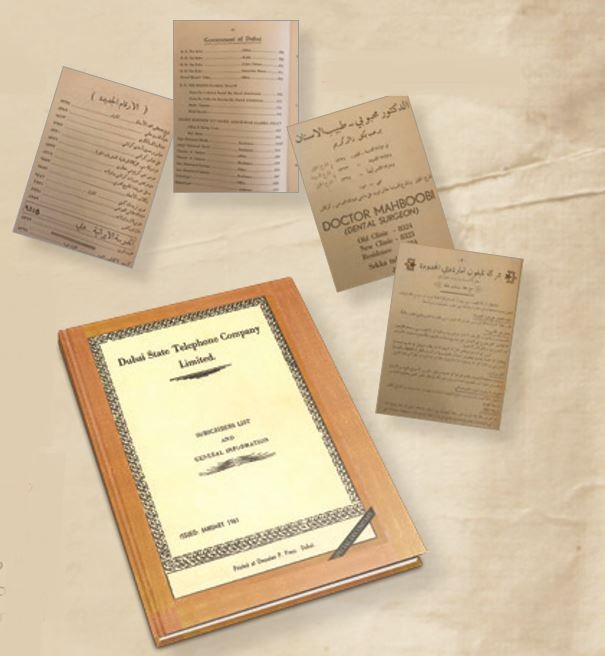 The instructions go on explaining the dial tone and the busy signal until we reach the eighth clause that says: ”8) When your telephone bell rings, take off the handset and announce the telephone number and your identity. The expression ‘hello’ conveys nothing and should be avoided. Replace your handset only when the conversation is complete. 9) How to disconnect: when the call is over, return the headset to the base and make sure to return it correctly; otherwise it may disturb the person who wants to call your number later. Subscribers should not leave their phone receivers off the hook even if they do not want to receive calls”

Another interesting aspect of the directory is the commercials it contains. Unexpectedly, these commercials were varied and showed a flourishing trade in Dubai in the early 1960s. The advertisements included in the guide were written in Arabic and English, to be in harmony with the directory which was issued in a bilingual format as well. 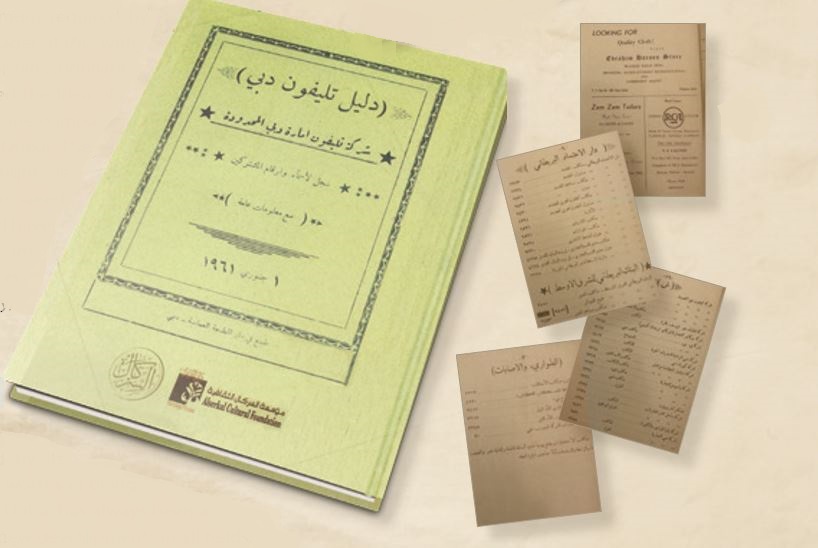 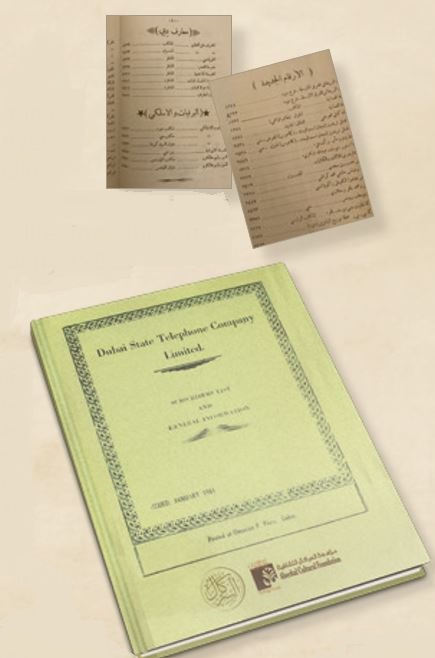 The directory contained 532 numbers, more than the minimum required by Mr. Iles, General Manager of IAL, with whom the late Nasser bin Abdullatif Alserkal had discussed the idea of establishing a telephone company in the Emirate of Dubai. The suggestion was brought before Sheikh Rashid bin Saeed Al Maktoum, may God have mercy on him, who immediately agreed to establish the company, and the subscription was made.

This is the story of Dubai State Telephone Company Ltd as presented by its first directory; a story worthy of being told, as it shows that Dubai has always been a pioneer in adopting new developments in all fields. Telephone and Its Several Inventors: A History