The Dubai Police Museum tells its visitors the history of police establishment since 1956 and the story of its development, glory and pride over the past decades. It has become a prominent monument that witnesses to a grand police force that has accomplished great security and social achievements during a few decades. It was added to the list of Arab museums by the International Council of Museums in 1995.

The museum’s purpose is preserving the heritage from oblivion and documenting the achievements of the early predecessors who witnessed the emergence of Dubai Police.

The museum is the first of its kind in the country, designed in the shape of a huge hat covering the roof of the building, with a 40-meter diameter. The building consists of four floors, smart communication systems, 3D and 4D displays, and WIFI. It also has a training hall, showrooms, research rooms, and the largest documentary archive of Dubai Police since its establishment including films, photos, visits and documentation of all cases solved by the Dubai Police.

The museum contains a large number of exhibits and antiques. Research rooms will be allocated to allow researchers to easily access the information they need about Dubai Police history and achievements.

The current museum, opened in 1987, documents the stages of development of the Dubai Police and its achievements since 1956,

including personal and historical images, old items such as weapons, military uniforms of the Gulf Cooperation Council states, wire and radio communication equipment and old radar systems, in addition to traffic awareness campaigns organized by the police during the last millennium.

A visitor can compare between Dubai Police’s work and capabilities in the past and the achievements of modern and innovative technological capabilities and devices that have made it a leading police force in adapting technology and smart services to serve the community and achieve security and safety for its members. In addition to documents and information on the most important and prominent cases of murder and mysterious crimes, techniques of hiding drugs and forgery methods.

The photographs, documents and items are featured in the museum, as well as the old Brazilian-made personnel carriers which visitors can access and see their contents. In addition to the 1960s cannons, which are used today to mark the end of fasting during Ramadan. The museum also features the car of the “Pink Panther” gang- which was used by the gang to hide the loot, the Sambuk sports boat, on which the Dubai Police has achieved victories in several sports competitions and the scientific surprises rocket invented by the Dubai Police for scientific events.

The museum door has a heritage design. Once the visitors are there, their journey begins in the memory of a grand police force. They tour from one room to the other through a long corridor whose walls are adorned with historical photos recalling the past and opening a window on the most important visits paid by Arab and foreign leaders and high-ranking officials to Dubai Police.

To the right side of the corridor, the visitors begin their tour by visiting the Golden Jubilee Hall, which was specially created in 2006 to mark the 50th anniversary of the founding of Dubai Police in 1956. The hall displays photos of the early police officers and photos of successive leaders of police formations. Visitors can also see photos of the late Mohammed Saeed Buhumaid, first UAE national to serve in Dubai Police, besides photos of the first women police force established in 1977 consisting of 18 female officers.

There’s also a hall of community participations that shows the social role played by Dubai Police. The museum has a special section showcasing the crafts and models produced by the handicrafts department of the General Directorate of Punitive and Reformatory. Another section presents the old instruments of the orchestra founded by the late Captain Mohammed Hussein Karam, the founder of the Police Music Band in 1962

Visitors may buy items from the museum’s shop, which contains memorabilia, art pieces and collectibles of the Dubai Police, as well as paintings showing the police departments, their functions and their effective and influential roles in the community. The next hall is the technical and military equipment hall that contains various weapons some of which were confiscated by police from people who tried to illegally smuggle them to the UAE. This hall also contains tools used in riot control, in addition to wire and wireless communication equipment, naval and land radars, vehicle radars, the first Sony video phone to enter Dubai Police, old media devices, and the first British-made computer acquired by Dubai police in the early 1970s.

The museum is a cultural front of the police, documenting its achievements and the sacrifices made by its members to uncover the most complex crimes and the most mysterious methods of killing. It attracts Arab, foreign and tourist visitors, police leaders from Europe and several countries as well as students. 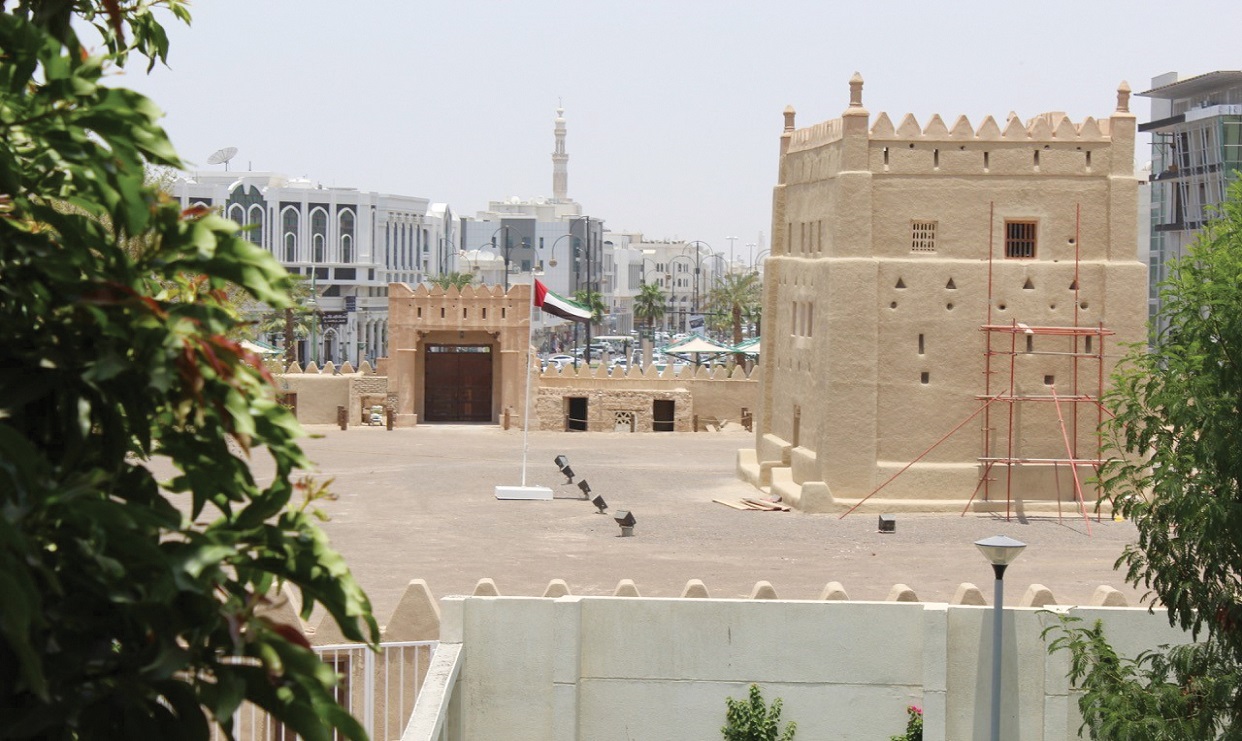