Whenever Najd is mentioned, images of the aesthetics associated with this geographical region in the poetic heritage of Arabs are conjured up in one’s mind. The richness of this environ derives in no small measure from its legacy and tales, which have constituted an extensive domain of the heritage of the Arabian peninsula, handed down from generation to generation via narratives and chronicles. In his book titled Najd 250 Years Ago, Dr. Mohammed bin Sa’ad Al Shuwai’r opens a window on the scientific, cultural, social and political life in Najd two centuries ago. He sheds light on an epoch shrouded in dimness for the lack of sources that record events. However, Najd was not entirely distanced from prosperity and civilization.

This book was published in its first edition by Dar al-Nakheel in Riyadh in 1992. The book consists of 142 pages of medium size paper. Through the book the author delves into aspects of civilization in this region, employing an overview of archaeological landmarks such as castles, fortresses, buildings and architectural arts, in addition to reviewing researches, scientific achievements, authorship, scholars and the flourishing of libraries in Najd and its endowments. 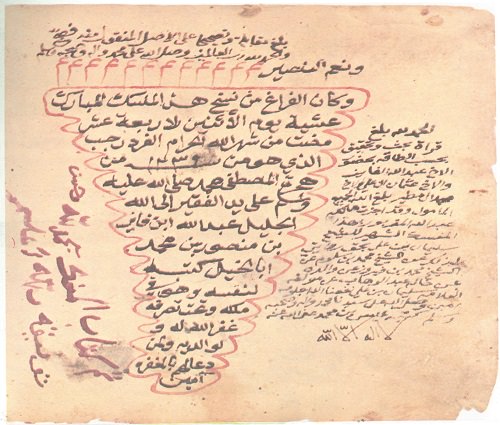 On one the occasion, the author said that the book is a composite of chosen facts to refute the views of those who maintained that the region was far removed from civilization, a desolate place only travelled through by Bedouins seeking grass and pastures. If fact, there was chasm between the Abbasid Caliphate and the ascension of the first Saudi state in 1158 AH. This historical gap made the Arab Peninsula in general and Najd in particular live through a murky historical epoch in view of historians owing to weak sources of chronicles.

During the Qarmatians’ rule (317-470 AH), as evidenced by books of history, a thick curtain was drawn on the region and historical information about the region dried up owing to the policies of the Qarmatian state. Only scanty information was exchanged among storytellers who lived in distant places.

This has led some researchers, mostly westerners, to link life in the region to poverty and link its natives to internecine warring for the slightest of reasons. The author maintains the view that these judgments must not be capitulated to for the sheer reason that they have been popularized and that they should not pass unchallenged.

The author also levels charges against the traveler Nāsir Khusraw accusing him of relaying the same story. Khusraw started a journey after finishing Haj rites in 442 AH and travelled across the region visiting many parts of Najd region; but he only spoke of the region very briefly.

The author maintains that Najd in general witnessed an activity of building and populating towns and villages in the period between the 18th century until the inception of the Da’wah of Mohammed bin Abdul Wahab and its unison with the Al Saud in the hands of Imam Mohammed bin Saud. This resulted in laying down the foundations of an organized state. The author then goes on to say that the region was not devoid of historical events and constituents of civilization because both were palpably present.

His scrutiny of historical facts made him conclude that the region of Al-Yamamah and Riyadh and its surroundings in particular, as well as the region of Najd in general, started to prosper all over again and cultivate stability after its isolation because of the unfavorable circumstances that surrounded it for a long period of time, as well as its remoteness from the center of the Caliphate. Sadous, which lies near Riyadh, was mentioned in many historical reference books because of its nascent industry and its abundant agricultural wealth. This is attested to by the writings of Yâqût al-Hamawî (574-626 AH).

One of the cities referred by Yâqût al-Hamawî is Diriyah, which he visited when it hosted four hundred scholars, who were all affiliated to the judiciary. Civilization is only preserved by educated men; it adjusts itself to the realities of living and social stability. Hence the desire to obtain properties and move from one place to another only thrived after life-sustaining factors became abundant. It goes without saying that the availability of drinking water is the very essence of life. Financial affluence was the driving factor behind the desire of people to engage in agriculture and city building. In 770 AH the city of Harma was built very near to Al Majma’ah. Harma was built by Ibrahim bin Hussein bin Mudlij Al Waeli, who introduced agriculture and dwelt in Harma with many of his relatives and followers.

In 820 AH Al Majma’ah was erected by its first dweller- Abdullah Al Shamri and then people started to come to it in increasing numbers. Abdullah Al Shamri encouraged newcomers to live near him by allocating them pieces of land and belongings. This led to a strong beginning and to the spread of knowledge and the appearance of pioneers in the realm of science.

The history of Riyadh, as narrated by Sheikh Ahmed Al Jasir, abounds with facts that evidence the availability of manpower and a base of civilization. Sheikh Ahmed Al Jasir spoke of ‘Hajar Al-Yamamah’, which comprised several quarters and gradually dwellings sprang in scattered places and developed into multiplying villages.

In addition to the town of Al Tuwaim and Al Washam region, the author mentions what al-Zabīdī says in Tāj al-ʿArūs in his quote of Yâqût al-Hamawî (574-626 AH) of a Bedouin from that region: “Al Washam comprises five villages and is surrounded by a wall built of mud and the villagers cultivate different plants and dates. The most populated village in Al Washam was Thurmada”. 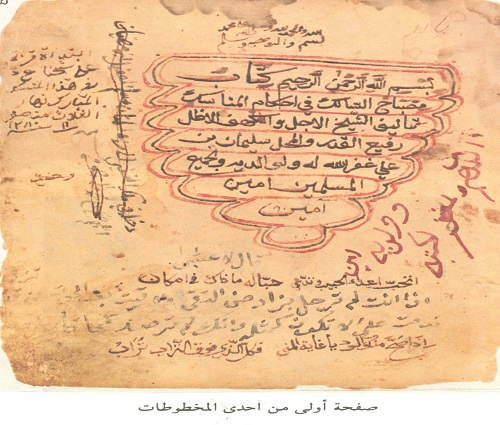 The book also explains that with the construction and population of cities and towns occasioned attracting effects and propelled people towards changing their lifestyles and opting for stability instead of constant movement. This had tangible effects because as the human soul and thought calm down they gravitate towards another action- that of increasing science and searching for knowledge.

Researchers record information of whole families in Najd that could be regarded as sources of science and pools of knowledge. Najd has been renowned for flourishing sciences and throngs of men used to travel to Najd in pursuit of acquiring science. Some towns became famous for being centers of scientific knowledge such as Ushaiger where many jurists dwelt. It is said at one time forty jurists would meet to discuss matters pertinent to jurisprudence and that all were qualified to be judges in a time when the judiciary was the domain of highly knowledgeable and educated men only.

Scholars dwelt in Al-‘Uyayna town and their numbers increased there and storytellers said that eighty of them would meet at any one time to study and discuss religious matters in the mosques of the town.

Aspects of science were also prominent in the spread of libraries and endowments. Those who studiously follow the biographies of scholars in the period of time we are talking about realize that there were families whose sons successively devoted themselves to scholarly objectives and inherited interest in knowledge. They were committed to acquiring and preserving scientific knowledge in spite of the hardships associated with this kind of interest such as the scarcity of paper, ink and pens. This notwithstanding, the author mentions scribing more than 28 books at that time although the scholars were disinterested in recoding their scholarly input. Most of these books were in jurisprudence. The fact that endowments were popular and widespread reflects the picture of the socio-economic status.

The author gives considerable space to different types of fortresses in Najd 250 years ago. These fortresses took in some cases the shape of walls to protect towns and villages, as well as trenches behind the walls and isolated rooms behind the walls of farms, in the corners of palaces and behind portals of towns. All these were defensive tactical measures, which were quite novel to the sons of the desert. They benefited from the experiences of other nations in the times of Islamic conquests and employed them to protect themselves and properties in the places where they lived and at their centers of urbanization. In the 11th Hijri century in ‘Alia in Najd there was a palace owned by ‘Ajl bin Hunaitem the Sheikh of Al Mugairah family. These folk wielded power in the region and Arabs used to dwell temporarily near the palace and take refuge in it. Also, there were fortified palaces in the town of Jolajil in Sudair area. In his description of the terrain of the Arabian Peninsula, al-Hamadāni mentioned towns with great walls in addition to more than forty fortresses; there are also references to some fortresses and citadels in Al Jawf area.

Najd Industries
Industry was famous as a part of the development of towns owing to the stability of Najd. Vocations included carpentry, blacksmithing, pottery and bronze vocations and some people became professed as goldsmiths and silversmiths. In his description of the Arabian Peninsula, al-Hamadāni (280-334 AH) mentions places renowned for mining, which were in the region of 22 locations. Most of the mining locations were in Al-Yamamah (the present day Riyadh area); these locations were dwelt by tribes renowned for professing in industry such as Bahala, Bani Asad and Bani Salim. Thuramda in particular and Al Washam in general were famous for textiles and produced high quality textiles so in excess of local use to be exported.
By way of concluding this review of Najd 250 Year Ago, the book studies aspects pertinent to scholarly studies, culture and urbanization in Najd during a specific historical epoch, which history reference books address with very little detail and much ambiguity. The book uncovers the particulars of this epoch by resorting to manuscripts, narrations and some books that have shed light on this epoch. Who Writes History? Is our History Fabricated