Poetry is the journal of Arabs, which contained a lot of their news and stories that were not recorded in the books of historians. Researchers benefited from poetry in recording events which they missed in historical volumes, especially the history of Arabia, which has not been recorded or documented for centuries.

Had it not been for the memorized poetry that was passed by narrators from one generation to another or preserved in manuscripts of verse anthologies or collections, our history would have been episodes lost in a barren desert. If poetry had only the advantage of recording these events, we should take care of it, revise it and bring it out from the sheets of manuscripts to the world of modern printing for scholars and researchers to benefit from it. Today we have before us a wonderful literary text that has been found in an old manuscript from the sisterly Kingdom of Bahrain. It dates back to 1911 AD. It was presented to us by Mubarak Al Ammari Al Dosari. The manuscript comprises a collection of poems that were written as suggested by the late Abdullah bin Jabr Al Dosari, who was working with Sheikh Hamad bin Issa bin Ali Al Khalifa, Ruler of Bahrain, may God rest his soul in peace, when he was a crown prince.

Al Ammari has asserted to us that these poems, contained in a volume titled “The Diwan of the Nobility in Praise of People of Virtues and Noble Traits”, was collected by the Poet Mubarak bin Mas’oud, who was working for Sheikh Hamad bin Issa. It is mentioned in the manuscript that Sheikh Hamad bin Issa bin Ali Al Khalifa, who was then the Crown Prince, presented a horse named ‘Shweiman’ to Sheikh Zayed bin Khalifa Al Nahyan, Ruler of Abu Dhabi (1855-1909) and sent with it lines of poetry that indicated the depth of brotherly relations between the two countries. The lines refer to the presented horse and praise Sheikh Zayed bin Khalifa Al Nahyan:

The dancing horse is presented to the man it loves,

O Sheikh, protector of the land.

We have no one to present this valuable horse

Except to you, the man of sublime traits and deeds.

Greetings to the letter which I have received and to its sender.

As much as the raining clouds and the northern wind.

In the beautiful horse I found all nice traits.

As soon as Shweiman arrived, I looked at it,

It is thankfully accepted from the Sheikh who presented it to me.

These are noble habits of Hamad, who is known for his generosity;

May God keep him safe from all evils.

Your status is fine and your generosity is plenteous.

It is well-known that Bani Yas and their sheikhs were keepers of horses from ancient times. They were often applauded for purebred horses. The late Sheikh Zayed, may God rest his soul in peace, used to acquire a lot of horses. The German Traveler Hermann Burchardt, who visited Abu Dhabi in 1904, described the horses of Sheikh Zayed and took photos of them. He mentioned in his notes that the Shareef of Makkah, Aun, presented to Sheikh Zayed the First a mare which was mentioned by the poet, Mubarak Al Okaili, in a poem which praised Sheikh Zayed the First when he visited him together with his son, Sheikh Hamdan bin Zayed. 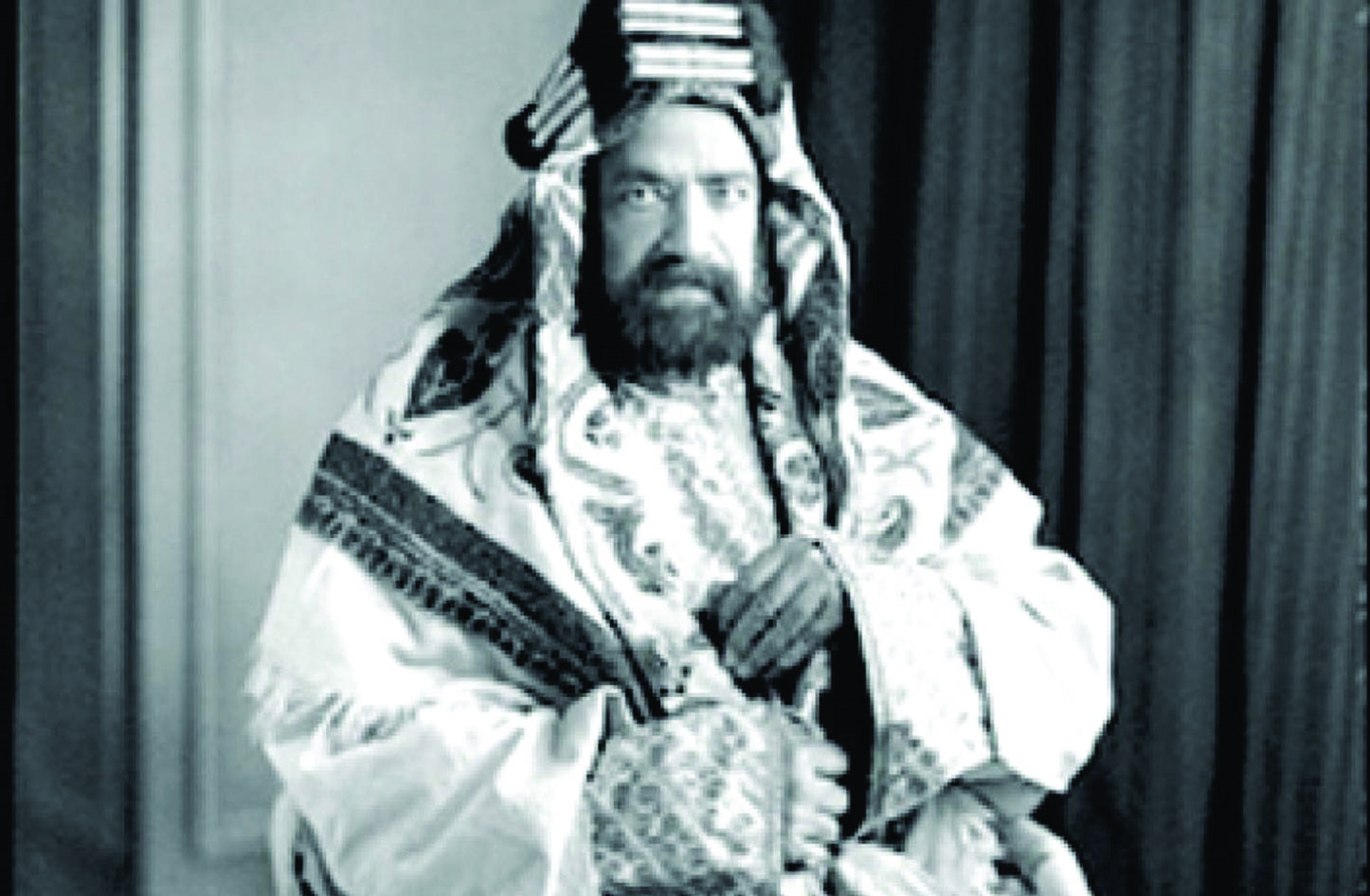 Presents came to Sheikh Zayed from everywhere because he won the respect of all neighboring countries at that time. This horse was not the only gift from the Sheikhs of Bahrain. The British documents mentioned that Sheikh Issa bin Khalifa, father of Sheikh Hamad, presented to Sheikh Zayed two horses which were received by his son Sheikh Khalifa bin Zayed the First in 1880-1881, for Sheikh Zayed was then in Hijaz performing the rites of Hajj.

Salem Al Seyabi, in his book “Relief of the Elite”, said about the tribe of Bani Yas: They are surrounded by many tribes, and Bani Yas constitutes their heart. They are horsemen and people of honor.