The British Advisor, Expert and Researcher Mr. Nick Cochrane-Dyet asserted that the late Sheikh Zayed bin Sultan Al Nahyan (may God rest his soul in peace) had truly achieved leadership and happiness for the UAE, and that the unimaginable development we see today in every aspect of life is but the fruit of what Sheikh Zayed of Goodness had sown.

In a session, titled “My Salad Days around Al Ain”, organized on Sunday by Jamal Bin Huwaireb Center for Studies in the context of its seasonal cultural program, Mr. Dyet said, “What the UAE has achieved in a few decades makes me sure that it will not only reach the planet of Mars, but will go far beyond”. He added that Sheikh Zayed was the first “minister” of happiness; he was indeed the trailblazer of leadership and happiness in the country since the 1960s – decades ago before the appointment of a minister for happiness. Snice then, he had been seeking to achieve happiness for his people and their leadership in education Health and a high standard of living as much as he could. The late Sheikh Zayed (may God rest his soul in peace) was also the first minister of tolerance, not only in the Gulf region but probably also in the entire world. He was the first ever to open the “St. Andrews” church in 1968.

The consultant Jamal bin Huwaireb, the Director of the Center, introduced the lecturer in a huge presence of intellectuals and media professionals.
Bin Huwaireb said that our lecturer today is a British personality, who has lived among us since the 1960s. He has witnessed the days of our poverty, when he was not more than 6 years of age. He came to the city of Al Ain in 1965 with his father, who was an officer in the “Trucial Oman Scouts” where they lived in Al-Jahili Fort. And today he is seeing the days of affluence and prosperity enjoyed by the people of the United Arab Emirates, all thanks to the wise and prudent leadership established by the late Sheikh Zayed (may God rest his soul in peace) from the first days of the formation of the country. Now here are the sons of Zayed holding high the banner, marching forward to complete the journey with full resolve and determination.

Mr. Cochrane-Dyet highlighted four key scenes he saw firsthand in Al Ain in the 1960s, with photographs supporting his recount of those days. 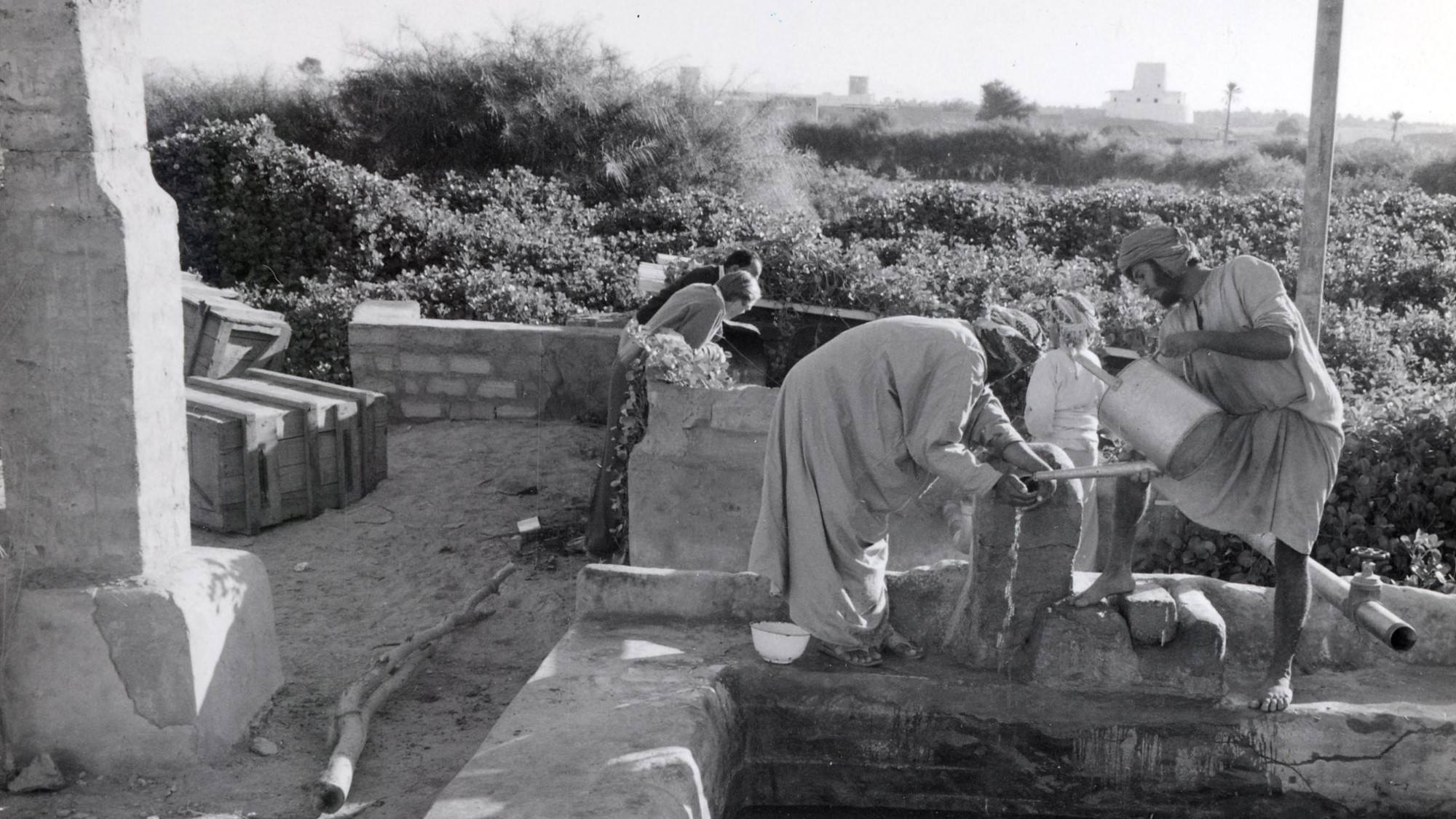 First: the way of living. he said people lived in huts made of palm fronds or old tents pegged in the sand. There were no roads or potable water. There were no buildings or houses, and those who lived in a good tent were considered wealthy. I personally slept in good tents made of a collection of fabrics. Garments (Kandoras) and clean, white ironed Dishdashas were not known to any in those times. 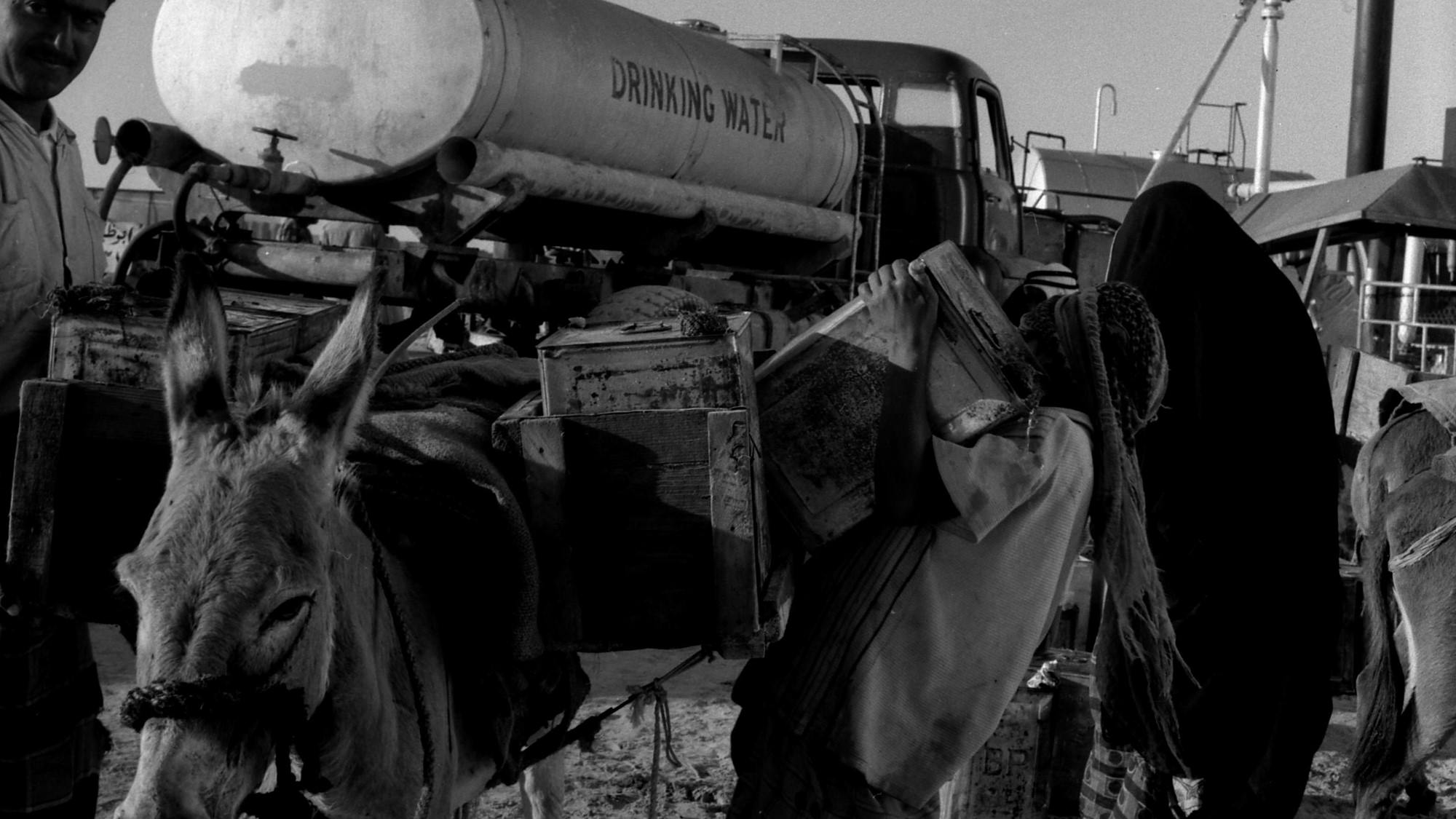 Second: the way of life. He said life then was very different from what we think and see today. Hardship was immense. Fathers and forefathers exerted great efforts to reach this stage of development and progress and the abundance you are enjoying today; all thanks to the late Sheikh Zayed (may God rest his soul in peace).

Third: potable water. Mr. Dyet said potable water was a huge problem for the population. Groundwater was only available in the coastal areas where people and animals would drink from it, but it was very scarce in the interior areas. We used to clean our hands with sand, and when I told my friends in Britain, they were shocked in disbelief. 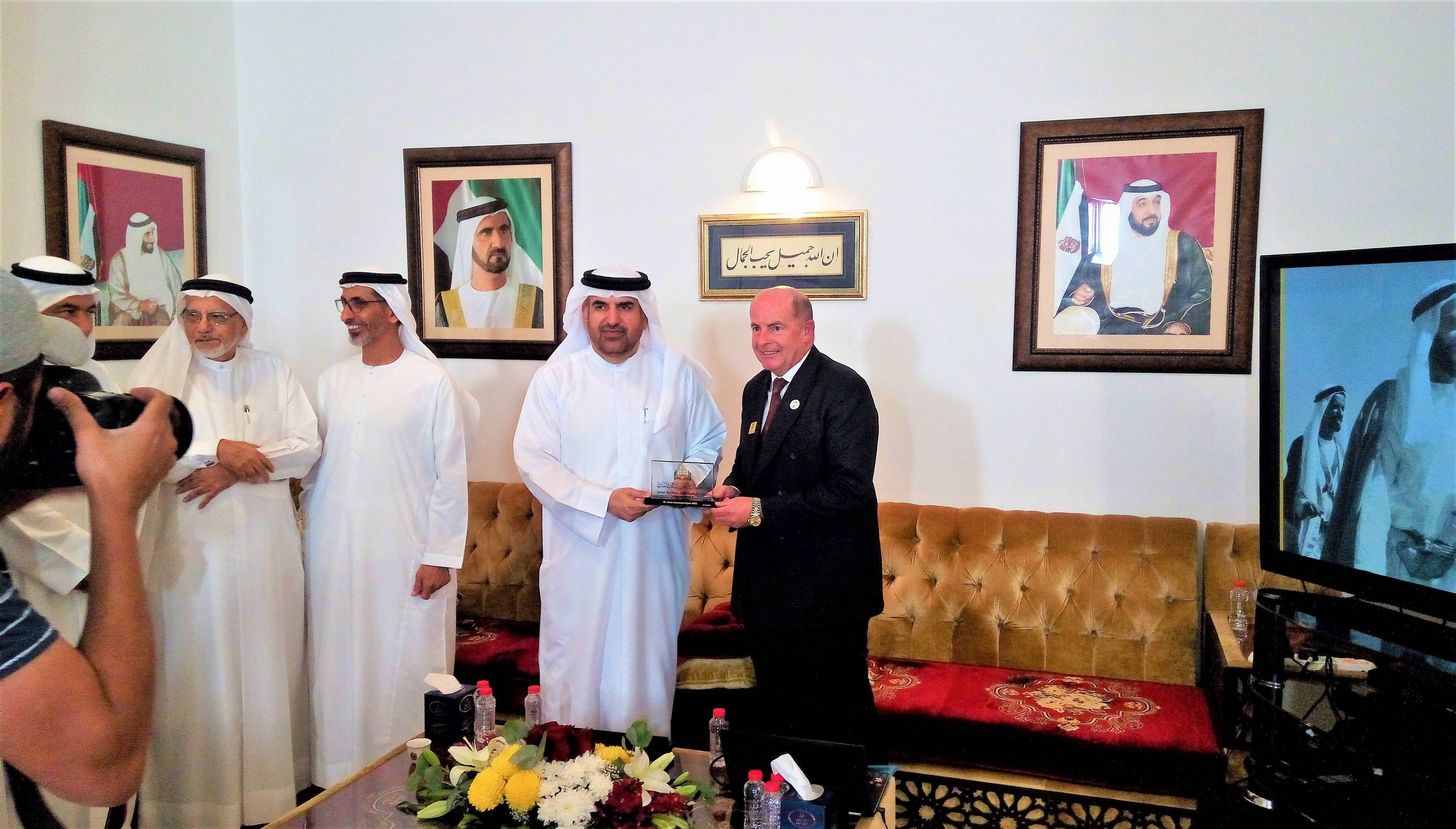 Fourth: transportation. Walking was the main means of transport, which was healthy. This is why diseases we see today, such as diabetes and obesity, were not known then. Today, almost 18 to 20% of the population are affected by these diseases. Those who had a donkey or a camel were considered fortunate. Traveling from Al Ain to Abu Dhabi would take about two days, but when Land Rover and Bedford were introduced, that travel time was cut to a few hours. With the introduction of modern cars, it became less than two hours. In the future, it may become a few minutes when flying cars start operating between Abu Dhabi and Dubai.

Mr. Dyet added that anyone driving a Land Rover or Bedford had to be well-versed in car mechanics and had to fix the car if it broke down in the desert. There were no fixed or mobile telephones to seek help, and the driver had to bring with him enough drinking water in a goatskin water carrier.

education: The lecturer said that “yesterday I was listening to the radio and heard that the UAE has moved to highly-advanced education. I immediately started to compare between the past and now. In the past, education was modest, then schools developed and the late sheikh Zayed (may God rest his soul in peace) established the UAE University in Al Ain. Today we are talking about advanced higher education which only advanced countries talk about.”
He said that in the 1960s and the following years, there were no medical services in a modern sense. There was malaria which was permanently eradicated in 2005. There was a British Scouts’ clinic in Maziyad area in Al Ain. Since I had learned enough about first aid during my service in the army, I was allowed to provide some simple medical treatment to residents. However, when a case is critical or difficult, I would transfer it (by a Land Rover) to the clinic in Mazyad.
Mr. Dyet talked about recreational places for expatriates saying they were very rare, but the late Sheikh Tahnoon bin Sultan (may God rest his soul in peace) gave the British a special boating area on the coast of Abu Dhabi, away from others.
He said that August 6, 1966 was a watershed day. It was the day when the late Sheikh Zayed (may God rest his soul in peace) moved from Al Ain to Abu Dhabi; the day of accession which the UAE people reap its fruits today, tomorrow and in the future.
At the end of the lecture, a long dialogue took place between the lecturer and the audience, with active participation from Jamal Bin Huwaireb, Dr. Shihab Ghanim, Rashad Bukhash, Reem Al-Kamali and Rashid Hashim, among others. The Story of Greece and Rome