I would like to extend to you my sincere greetings on the occasion of the holy month of Ramadan in 1439 AH, and I would like to share with you this journey- full of benefit, humor, history and literature- in the depth of the Islamic heritage.

Al-Mua’fa’ Bin Zakariya narrated in his book Al-Jalis al-Salih (The Good Companion), a funny story that took place between Ziad and Ahaab in Ramadan: 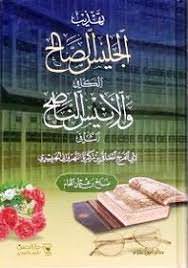 “Ziad bin Ubaidullah bin Abdullah al-Harithi (150 H) was the uncle of Abu al-Abbas As-Saffah and the governor of Mecca. One day, Ashaab (known as Abo Al Alaa) joined the feast of Ziad in the presence of people of Mecca. Ziad used to have his own Madyrah platter with a portion enough for five people. Madyrah dish is a young goat meat cooked in sour yoghurt. A boy brought Ziad his usual platter, but he ordered the boy to give it to Ashaab without knowing that it contains Madyrah. Ashaab completely devoured the dish and Ziad was waiting for his food. “Boy! Where is my Madyrah?” asked Ziad.

“I fetched it for you and you ordered me to give it to Abo Al Alaa” replied the boy. “Bon appétit Abo Al Alaa” said Ziad. When the Feast was finished Ziad addressed Abo Al Alaa, “Now we are witnessing this holy month, I feel pity for prisoners for their suffering and the burden of fasting as well, I think you should join the prisoners to entertain them during the day and to lead them in Prayer during the night.” Ashaab who was well known for memorizing the Holy Quran, replied to Ziad,” May Allah forgive you my Prince. There is an alternative.” “What is it?”, inquired Ziad.

“I swear to God I will never eat Madyrah again”, said Ashaab”

In his book (Al- Fakhri fi al-Adab al- Sultaniya), Ibn Al Tiqtaqi, who was a judge for prince Badr al-Din Lu’lu’, narrates: “Fun tales and chanting poems were prevailing in the court of Badr al-Din Lu’lu’ prince of Mosul, may his soul rest in peace. Only during Ramadan, history and biography books were brought where Azzain the writer and Izz Aldin the narrator used to read about news of the world for the prince.” 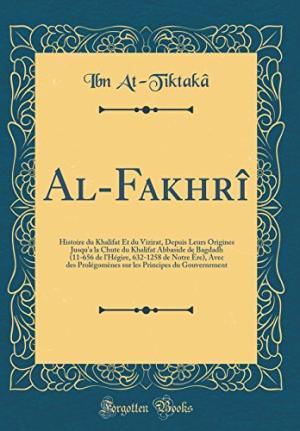 Another tale is told by Ibn Battuta in his journey to Abyar (an area located in Kafr El-Zayat, western Egypt) during the celebration of the advent of Ramadan.

“In Abyar I met Judge Ezz El Din El Meligy El Shafei, a generous and respected man. I once visited him on “Alrukbaa Day”, the day of observing Ramadan crescent. In this day, the scholars and dignitaries of the city gather in the afternoon of the twenty-ninth day of the month of Shaaban in the house of the judge. At the door of the judge, the good looking chief of religious men receives and welcomes the scholars and dignitaries. He introduces them to the attendants who stand for them then the chief make them sit in an appropriate seat. When all guests arrive, the judge along with everyone leave followed by all the city inhabitants including men, women and children till they reach a higher ground outside the city to wait for the crescent. Rugs and mattresses are laid out in the location were the judge and people sit to watch the crescent. After the sunset prayer, they go back to the city carrying candles, cressets and lanterns

Shopkeepers light candles in their shops and people accompany the judge to his house and then leave. This action is repeated every year.”, says Ibn Battuta