1. A picture of the late Sheikh Mohammed bin Hamad Al Sharqi, born 1908, ruler of Fujairah since 1953 until he passed away on 1975. The photo is taken in the majlis of photographer Ronald Codrai’s house in Dubai. Codrai visited Sheikh Al Sharqi on the occasion of signing the oil exploration rights agreement. 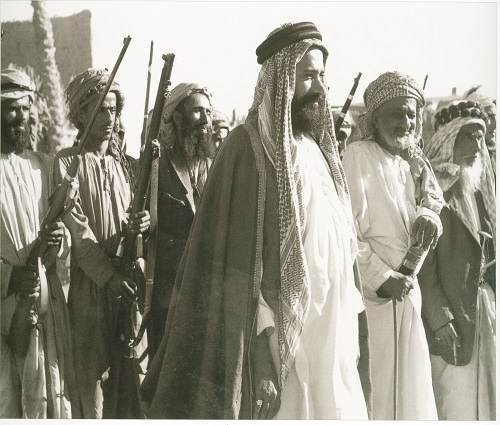 2. A picture of Sheikh Mohammed bin Hamad Al Sharqi with some tribesmen; Fujairah was the homeland of many tribes where Al Sharqi as a ruler was responsible for ensuring peace and harmony among tribes. 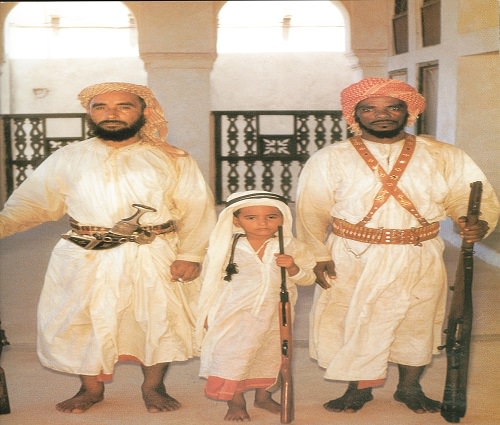 3. A picture taken in 1953 featuring His Highness Sheikh Hamad bin Mohammed Al Sharqi with two of his entourage. H.H Sheikh Hamad, the current ruler of Fujairah, assumed power in 1975. Sheikh Hamad appears in the picture carrying an air gun gifted to him by photographer Ronald Codrai. 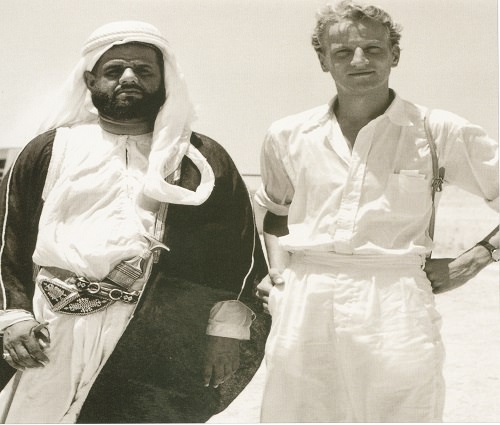 A Portrait of Zayed through the Lens of Media