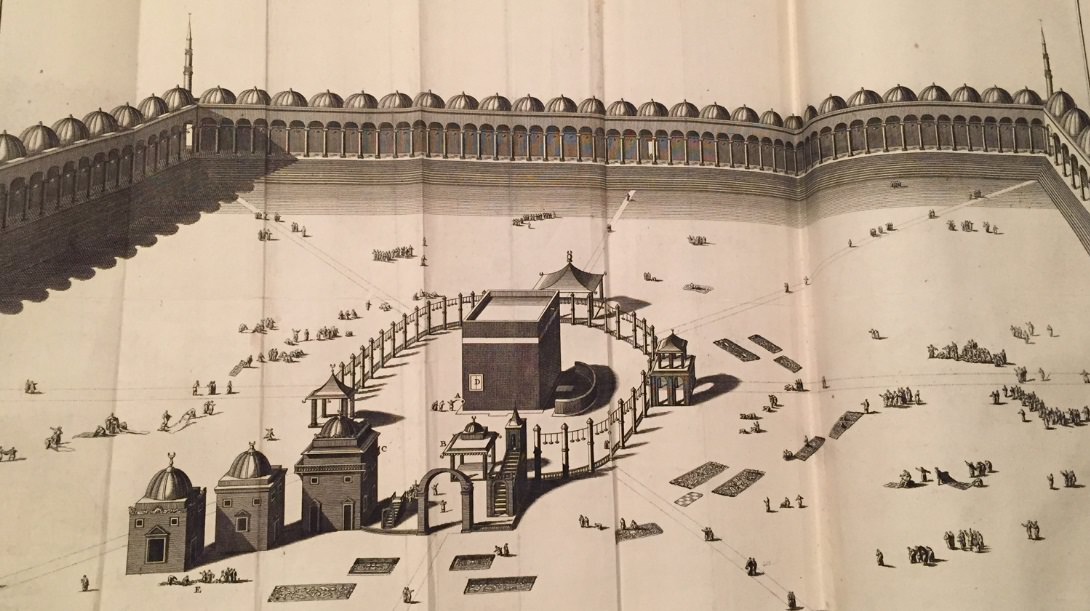 A blueprint for the Kaaba, and a detail of the columns of the Sacred Mosque, as featured in a classic European book printed in 1750 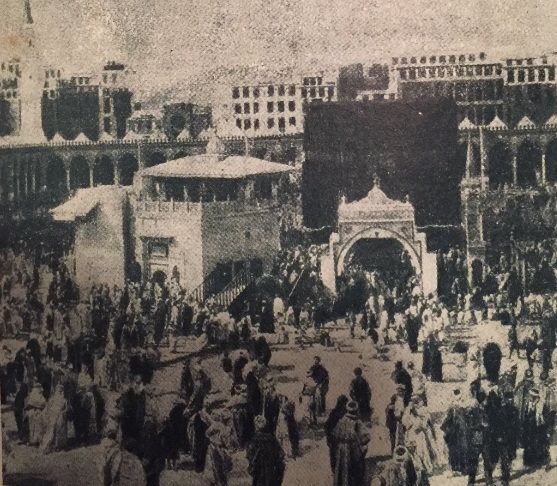 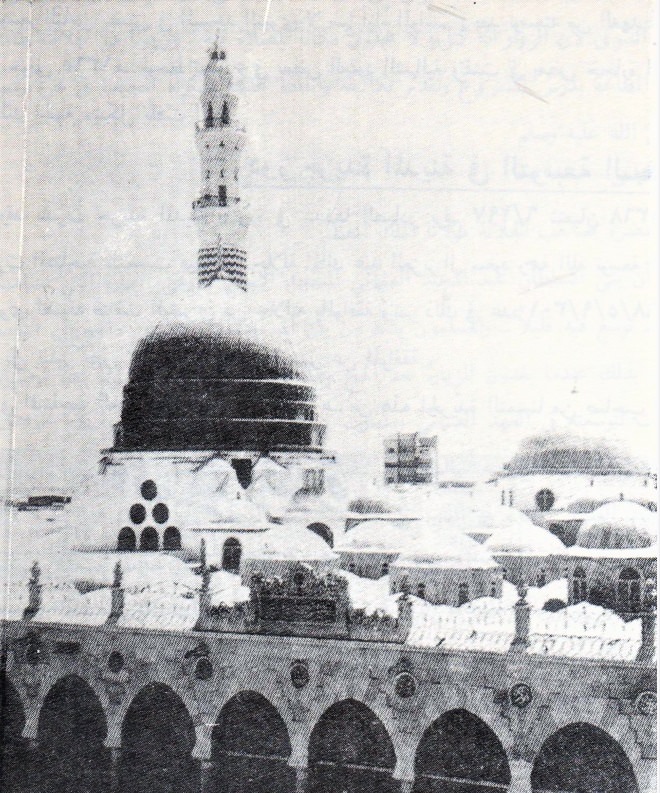 Dome of the Prophet’s Mosque in an old image, the Mosque witnessed several expansions through history 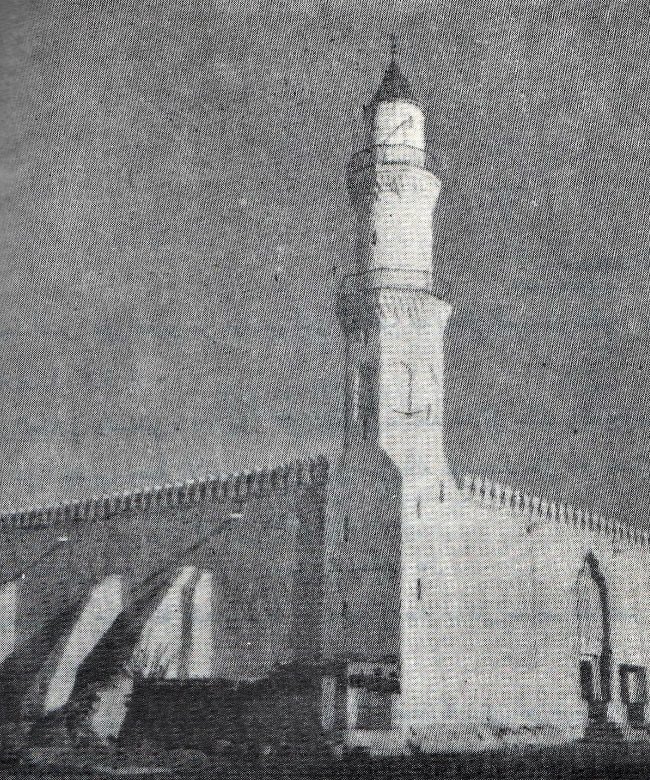 An old picture of Quba Mosque, the first mosque founded on piety, it was built by Prophet (PBUH) and is located in the southern part of Medina 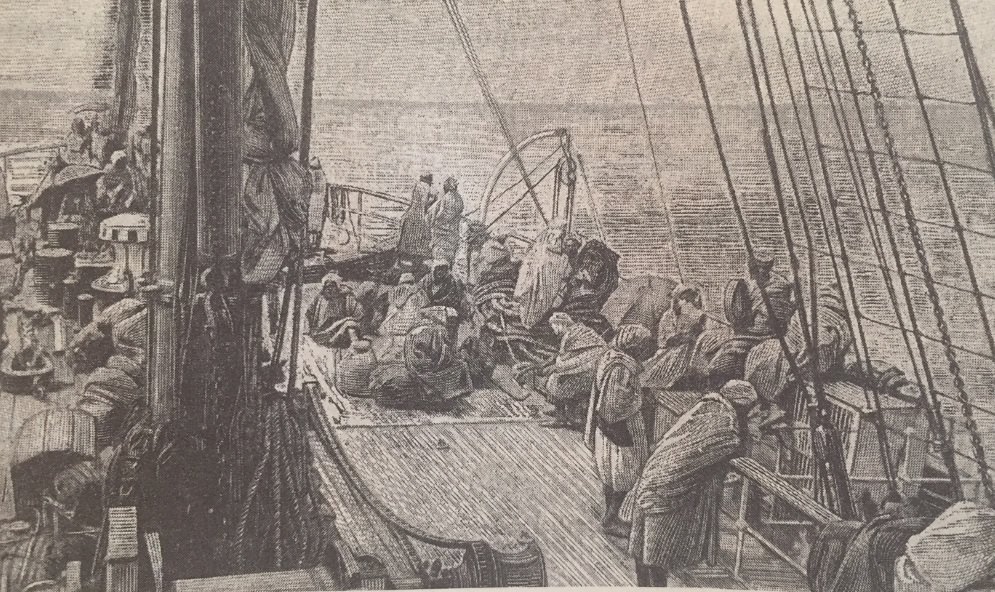 Pilgrims aboard a ship on their way to Jeddah, as featured in a sketch in Jules Gervais-Courtellemont’s book, who described the Hijaz, its cities and people and the details of the pilgrimage route from Algeria in his journey which he began in 1895