Established in 2108, the Founder’s Memorial is a permanent national tribute dedicated to commemorating the life, legacy and values of the late Sheikh Zayed bin Sultan Al Nahyan, the founding father of the UAE. The establishment coincided with the commencement of the Year of Zayed, declared by UAE President H.H. Sheikh Khalifa bin Zayed Al Nahyan to mark 100 years since the birth of Sheikh Zayed.
His Highness Sheikh Mohammed bin Zayed Al Nahyan, Crown Prince of Abu Dhabi and Deputy Supreme Commander of the UAE Armed Forces, has adopted the official name of the memorial ‘ The Founder’s Memorial’ to commemorate the life of the late Sheikh Zayed bin Sultan Al Nahyan, his sublime principles, visions, noble values and great achievements. The inauguration of The Founder’s Memorial took place on the 26th of February, 2018 through the unveiling of the centrepiece of The Founder’s Memorial; The Constellation.

Cultural Destination
Located at intersection of the first and second streets along Corniche Rd in Abu Dhabi, The Founder’s Memorial is a national and cultural destination for citizens, residents and visitors, with green spaces of the site that extends over 3.3 hectares. It includes trees, seedlings and plants that form part of the natural environment of the United Arab Emirates and the Arabian Peninsula. An elevated walkway encircles the site, offering captivating views of the artwork and the Abu Dhabi skyline .
The Founder’s Memorial allows you to learn about Sheikh Zayed through art, nature, words, stories, and multimedia experiences, while offering visitors a range of personal encounters with the late Sheikh Zayed, further enabling people to gain a deeper understanding of the vast influence he had on both the UAE and the world.
There is also an opportunity to test multimedia-based experiments that shed light on the life, legacy and values of the late Sheikh Zayed through rarely-seen footage, personal stories, articles and interviews with those who knew and loved Sheikh Zayed. This state-of-the-art multimedia experience also features a number of Sheikh Zayed Encounters, screened, that give you the chance to listen to rare recordings of Sheikh Zayed, may God have mercy on him, contemplate his words and explore the principles and causes he championed. 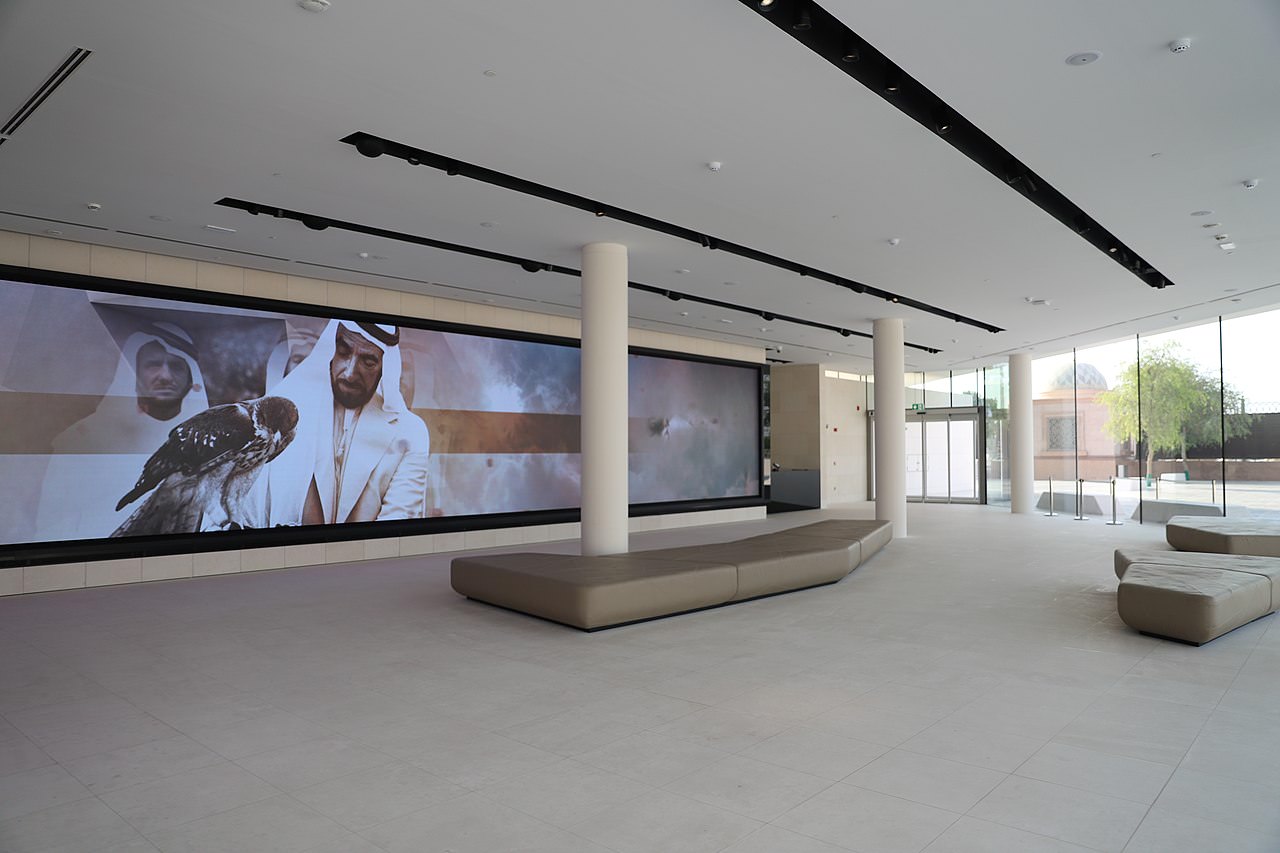 Art and dynamic
The centrepiece of The Founder’s Memorial is a monumental public artwork named The Constellation, a dynamic three-dimensional portrait of the late Sheikh Zayed that can be experienced differently from multiple viewing points around the memorial. At night, the shapes of The Constellation shine like stars, evoking the timelessness of Sheikh Zayed’s vision as a guiding light for the UAE people.
In keeping with Sheikh Zayed’s love of nature, and commitment to the preservation of local flora and fauna, the memorial is planted with many plants and trees indigenous to the Arabian Peninsula.
In the Heritage Garden, you will discover a range of local plants known in the UAE for their traditional uses, including Desert Cotton, Henna, Suwac (Toothbrush Tree), Carraluma and Harmal.
Ghaf and Sidr trees provide moments of reflection under their cool shade throughout the Sanctuary Garden, which encircles The Constellation Pavilion. Across the memorial site, you will find a variety of other tree species including Nakhl (Date Palm), Fitneh (Sweet Acacia), and Samr (Umbrella Thorn Acacia).
Near the Sanctuary Garden, you will find a water feature inspired by the ancient falaj irrigation system used by the people of the Arabian Peninsula and further developed by Sheikh Zayed.
An elevated walkway encircles the site, offering captivating views of the artwork and the Abu Dhabi skyline. The path is punctuated with quotes by Sheikh Zayed, offering a space for quiet contemplation of his wisdom, inspiring future Emirati generations and forming a compass that guides them towards the path of progress and development.

Every visit to The Founder’s Memorial is an immersive journey of discovery. You will experience a series of uniquely personal encounters with Sheikh Zayed, the man and the leader, exploring his life and legacy and the various facets of his visionary leadership.